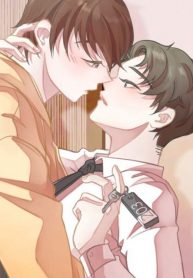 Some parents give their kids an inheritance in BL Motel Manga. Some give their kids a car. Jinwon’s parents gave him… a motel. And not even a great one. Rundown and in need of massive repairs, the Ballantine Motel used to be a golden goose.

But, of course, a drunk driver running his car through the entrance tends to change things. So when Jinwon takes over, he makes some upgrades and additions. And while “Ballantine” is a nice name, it’s a bit long.

So, of course, he makes the obvious choice and shortens it. The BL Motel is the neighborhood’s newest addition.

Of course, now all Jinwon needs is some new help and maybe find out why so many gay couples have started visiting. Then again, when life give you lemons, you lean in and stock the vending machines with lube.